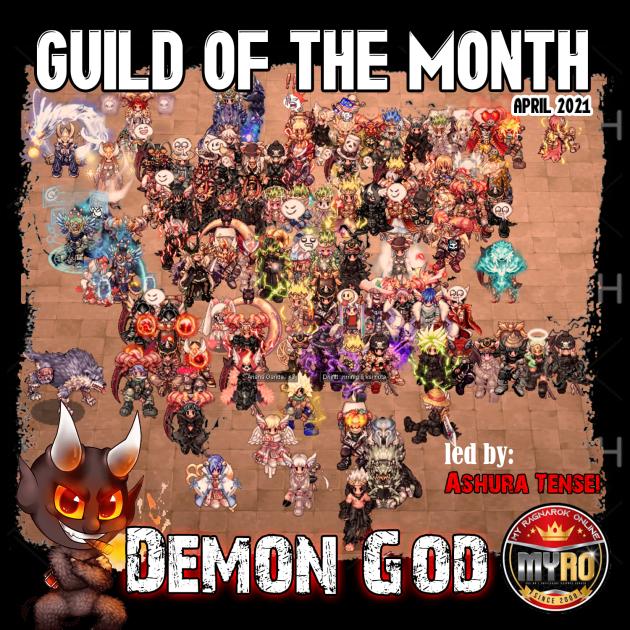 Payon has once again secured another Transcendent Guild of the Month Title for the 2nd time around! Knowing for being determined and persevering players as they are, Payon always comes in massive clusters when facing enemies. This gave them the advantage to easily conquer the two castles in the daily transcendent war of emperiums. Other savepoints didn't have that much interest in getting the title which made it much easier for them to secure the castle and, of course, the title.

They have been very dedicated to securing the castles from enemies and expanding their economy day by day. Since transcendent jobs aren't that much of a thing in MyRO anymore, they seldom have opponents at the daily transcendent war of emperium. It became easier for them to maintain the castle and expand economy points to ensure their spot at the Finals and, of course, many treasure boxes to spawn and be opened.

In the end, Black Nine easily won the title with no opposing guilds to stop them, and K arding Sungkit, their guild master, is now another bearer of the Red Burning Helm! He also received massive amounts of PODs and megaphones as part of his win!