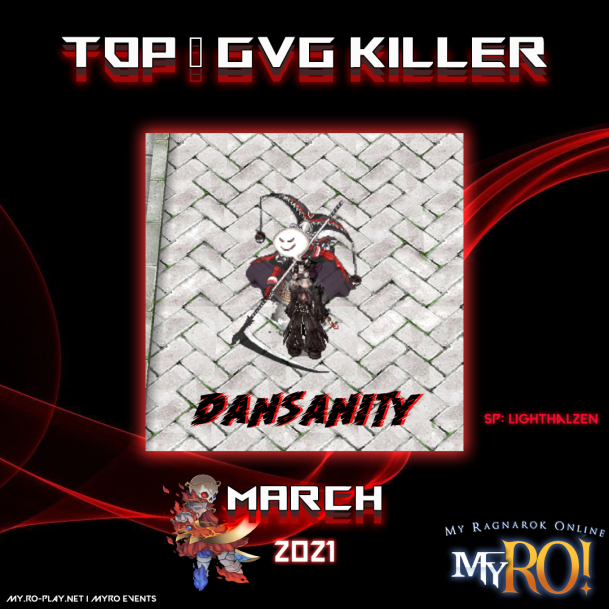 As March comes close, a new event that MyRO has prepared for players to participate more in the daily Guild vs. Guild War of Emperiums. Every end of the month, a player who has the most number of kills will now be rewarded with a unique rental costume and the Top GvG Player title!

Knowing that this kind of event requires a job that can handle multiple damages or bring excessive blows to multiple targets at a time. It is expected that Mechanics, Rune Knights, and Rangers are to excel at this event. Still, a player from Lighthalzen defied the limits and succeeded in reaching the top of the ladder!

Dansanity [Warlock] has been very eager and determined to surpass anyone who tries to stop his killing spree in every war of emperiums. A warlock is a very squishy job in nature but can damage enemies to make it the perfect yet not so perfect job for him to use to top the ladder. The most number of kills meant a massive number of deaths for Dansanity, but this is not a hindrance for a player who persevered to take the title. In the end, it'll be worth it as long as he succeeds.

Participating daily in the war of emperiums took a lot of dedication, which is what dansanity showed throughout his run. He was able to secure the first seed with whopping kills of over 2000 and a lead of over 200 kills. In the end, no one was able to reach his spot, and he was awarded as MyRO's first Top GvG Player for March!!