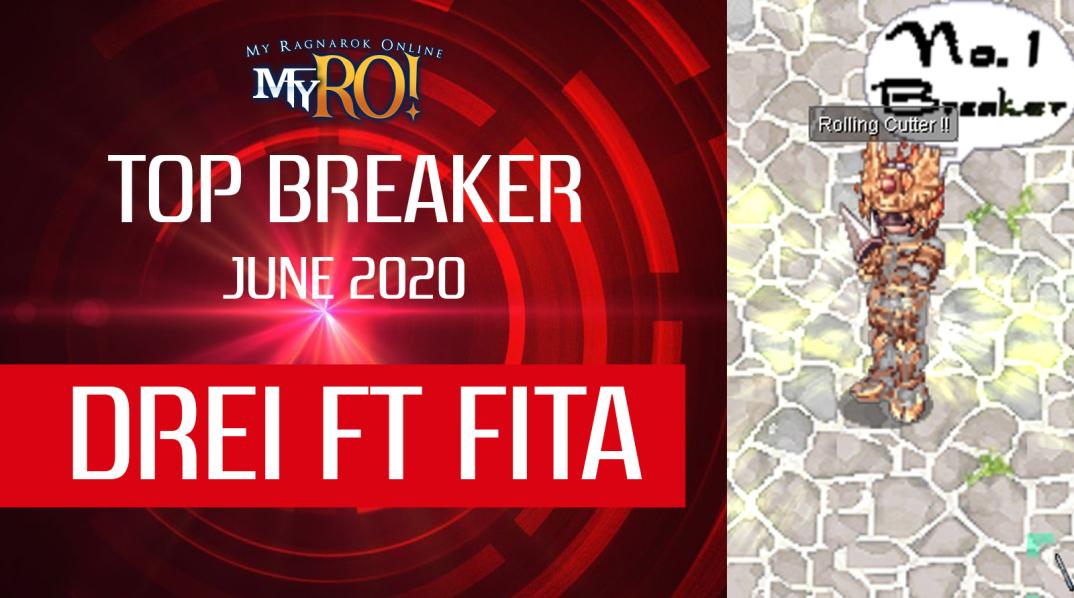 Our Top Emperium Breaker for the month of June 2020 does not need more introduction as dRei fT fiTa from Alberta (Upper) was known throughout the MyRO community! He totaled 500 breaks this month of June 2020 which stunned MyRO players!

It was a bit of a challenge for our Top Emperium Breaker this month as he just came back to the game. But in his case, he easily adapted to the gameplay of the game! An asset of this would be his experienced back then as he was an old player. Asking help from friends on what is the new meta of the game may be from card combinations of weapons, garments, accessories, armor, shoes up unto the headgears! Having an insight of every advice he got from his friends, this was his greatest weapon that he used the entire Top Emperium Breaker! Of course, determination and his courage on wanting to win this award were part of his weapon also.

Through all the help from his friends he yielded a godly combination of cards and equips which helped him destroy and demolish emperiums in just a matter of split second! He also ensured his inventory was armed and ready before an emergency call or before he entered a castle. Making an impression that Upper (Alberta) has something hidden inside them!

He was truly a learner, started from scratch and now a god tier player again, with his equips that were godly he surely is one of the best in this game! His comeback to the game surely stunned the players as he just led the Top Emperium Breaker just on the month he started to play again! Insane right? Once more, let’s give way to dRei fT fiTa out Top Emperium Breaker for the month of June 2020. He was awarded Top Emperium Breaker Balloon (ALL STATS +1), 30 Proof of Donation and 3 megaphones.

Do you have what it takes to be the Top Emperium Breaker? If you think you have then don’t hesitate, we are waiting for you!