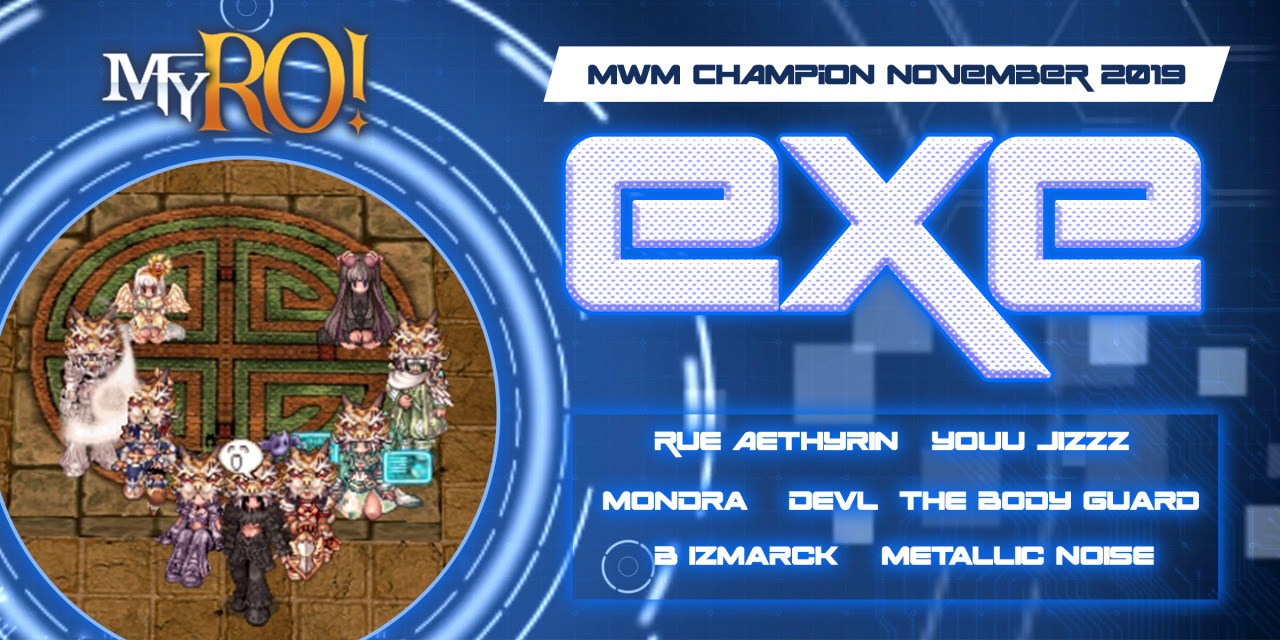 'exe' hailed as MyRO War Masters for the month of November!

The pride of Lower Prontera paved their way to get grip on the title of being the MyRO War Masters Champions as they defeated Aldebaran's Bad Apple last November 30 in the war arena, 5-2!

After months of being defeated again and again, the troops of Lower Prontera pushed even harder and now gained what they always wanted, to be crowned as MyRO War Masters.

exe had a rough start, Bad Apple pierced through their defenses and immediately dominated the arena to gain the first point of the series. Afterwards, exe managed to play patiently and wait for an opportunity to strike the opponents' field. With proper set up and great execution, exe was able to strike back and give the second point to themselves.

exe knew the opponents' strategy and their achilles heel, now this is the time when they were able to manipulate the series, forcing Bad Apple to attack or to defend. Still, Bad Apple gave their best to win each match but it wasn't enough to bring down the bloodthirsty men of exe.

The series ended in a 5-2 manner. With this, exe was given the title MyRO War Masters for the month of November and wore the Dragon Helms. WIll they be able to defend their title?