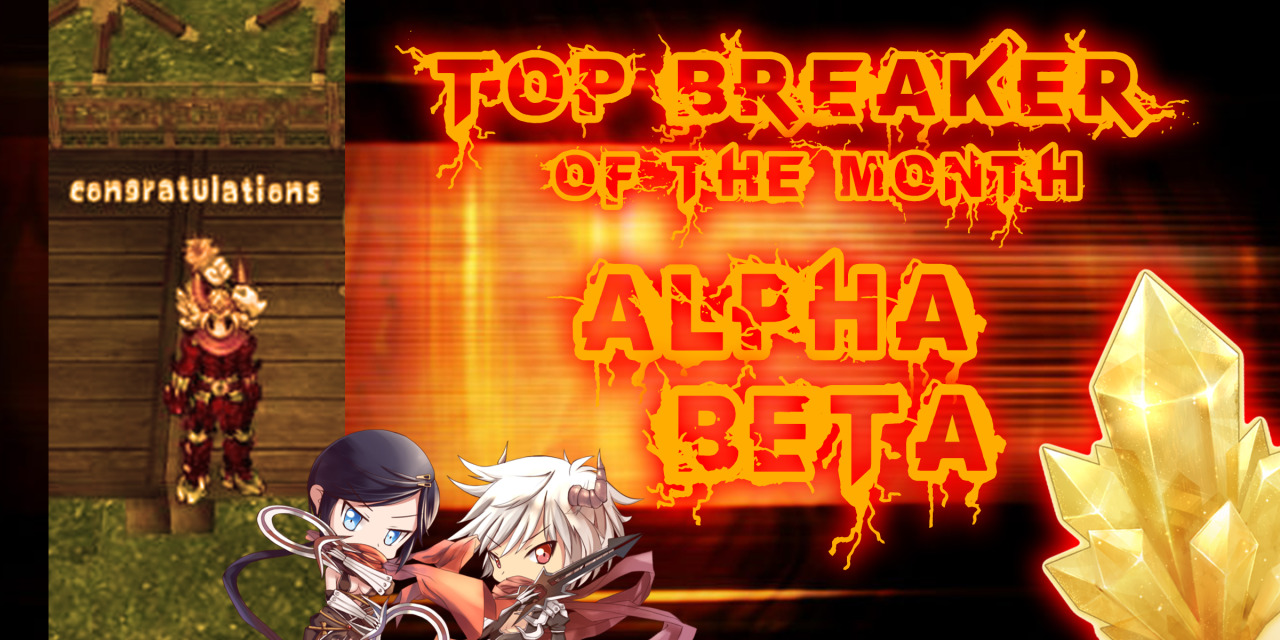 From the village on the edge of a mountain, who knew an aspiring top breaker Guillotine Cross would manage to make it to the top and make his dream into reality?

Breaking bones with stones, ALpha Beta was really determined on making his way onto the ladder. Always present everyday, grinding his spot till his foes past out in fatigue and in spirit. With the help of his mates, he was able to secure and plot a strategic plan to slowly but surely eliminate his opponents one by one.

Defending owned and unowned castles, trapping those who are considered enemies. Together with his hasty movement and swift blows on the emperium, ALpha Beta began to gain the lead as days pass by in the run.

Few days left till coronation night and ALpha Beta was sure of his spot, having a lead of more than a hundred breaks. It was a sure win for him. Coronation night started and he was titled November's Top Breaker of the Month and received PODS and of course, the Top Breaker Balloon.