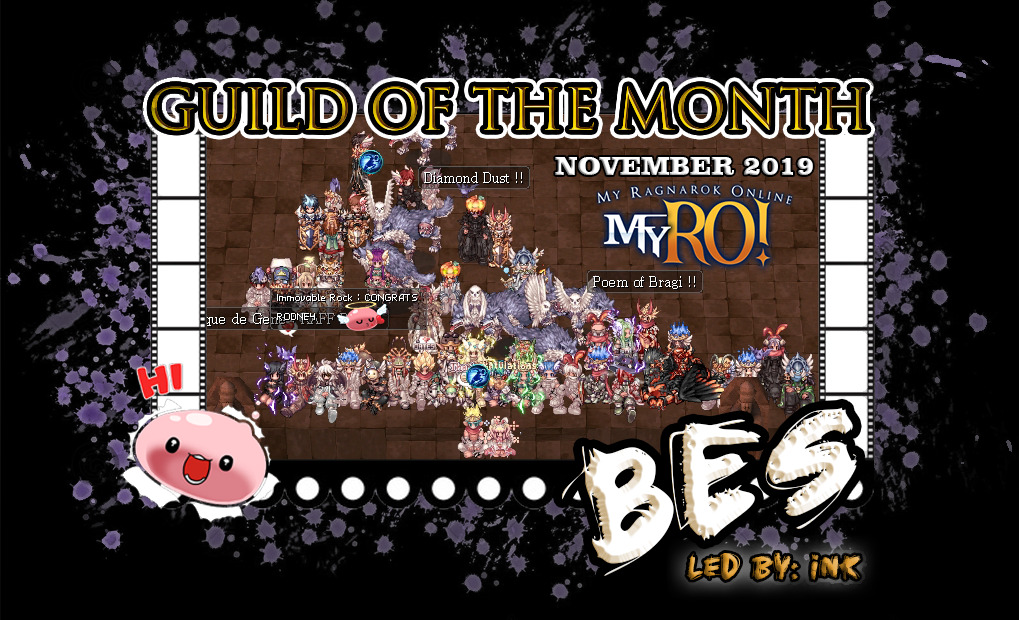 Bes! Hailed As Guild of the Month November 2019!

Bes, the mighty pirates of Izlude has found the booty filled with prestigious bounty against Unica Hija last Saturday, November 9, in the guild arena!

Having a tough match up against their opponent, Bes struggled everyday as they tried to defend their castle and its economy against Unica Hija. Now that the much awaited battle has come, everyone anticipates to witness who will be worthy of such a title and the prestigious Yellow Burning Helm!

Last Saturday, the two guilds were both present in attendance, each guild containing a maximum of 51 members with varieties of Rangers, Warlocks, Genetics and many more. Bes had a hard time keeping up with the strategy of Unica Hija who managed to clump together in the middle lane, destroying whoever enters their zone. It lasted for almost three minutes, however, Bes managed to keep their heads up and finish strong - netting their first point in the series.

Bes easily got familiarized with the opponent's strategy giving them an opportunity to penetrate Unica Hija's defense. With this, they easily swept the series off, 3-0, making them worthy of being hailed as November's Guild of the Month!

Bes led by ink was given the Yellow Burning Helm together with many more bounty. He would like to thank those who supported him throughout his run! cheers!