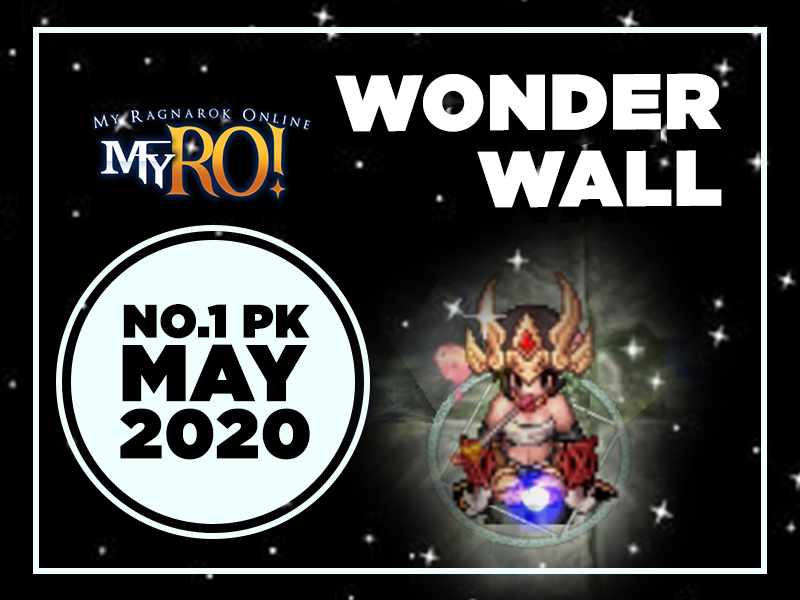 Wonderwall : Against all Odds!

The reign of Shadow Chasers has come to an end as Wonderwall [Sura] wrecked all of those who belittled her in the #1 PK Night held last Saturday, May 16, 2020 at the PK Arena.

Starting off in the elimination round, Wonderwall got into an early clash with the reigning champion Ludociel [Shadow Chaser]. With her swift moves and powerful combos, she easily crushed Ludociel down on the ground dethroning the #1 PK last month.

The two SC's battle was one of the longest yet one of the most thrilling battle in the history of MyRO's PK Event. With bombs clumped at one place, deep manholes scattered everywhere, it is indeed a do or die move for each of the Shadow Chaser. In the end, Luap Sc came off victorious against chamcha.

Face - offs time and Wonderwall didn't show fear to her opponent at all. Rushing towards Luap Sc, throwing a bunch of GOHs and Knuckle Arrows, she easily caught her foe off-guard giving her the first point of the match. With no hesitation, Luap Sc fought back and gave Wonderwall a hardtime tackling him, stripping all of her equipments, disabling her everytime she comes nearby. Eventually, Luap Sc got the other point back on his side.

The well-known sura had enough, with a fast disable and a fast combo towards Luap, she crushed and threw Luap Sc off to the ground. With quick throws of GOHs for her supposedly last round, Luap wasn't able to tank all of the damage given to him and in due course he died. With this, Wonderwall was titled victorious of the said evet.

She get to wore the prestigious PK Crown, granted pods and megaphones as part of her victory!

Will the Shadow Chasers get back for their revenge next month?