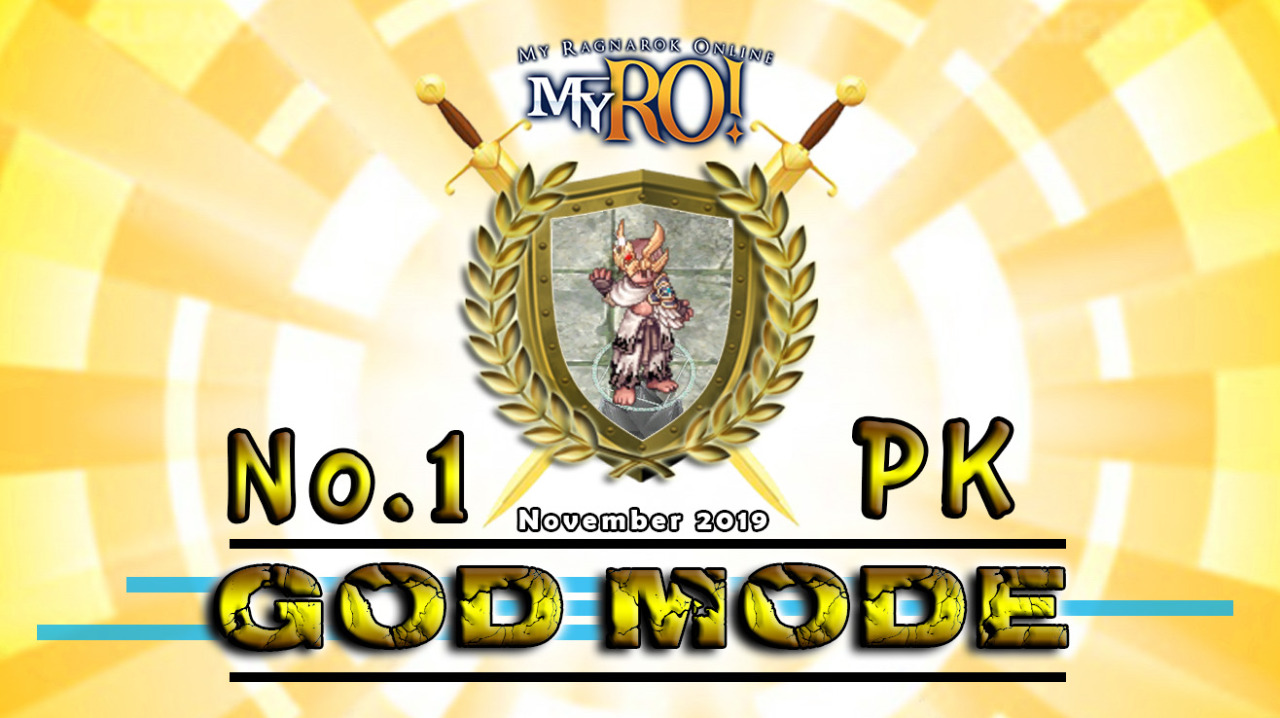 GOD MODE relocated his way to the top!

GOD MODE [Sura] hailed as the #1 PK for the month of November as he crushed the defending champion, Baesick [Shadow Chaser], with a 3-0!

The much awaited event has come, as a Sura from Malaya decided to climb up the ladder and compete against the best of the best in an epic battle that will showcase their power, skills and wits to be titled the next #1 PK!

This ferocious Sura was gifted with lightning speed which made him terrifying to be against with in the series. GOD MODE was exemplary when it comes to battling with extreme speed at lethal damage. Blow by blow, combos and lethal hits made him advance to the Face - Offs easily.

On the other hand, the defending champion had a much more competent foes which tested her wits, guts and pride to defend her title. But this doesn't became a hindrance to her, instead she pushed through her limits paving her way to the Face - Offs.

Advancing to the Face - Offs, everyone was shocked on how GOD MODE handled the Shadow Chaser as if it was his little toy. Immense speed and enormous power were his key in making the defending champion bleed and give the first round to the challenger.

Third round as GOD MODE stood in front of the defending champion's dead body, sweeping the series 3-0, excited to claim what is his and ready to be called the new #1 PK! Today he stands as a renowned player, wearing the crown and garnering praises from fellow players.