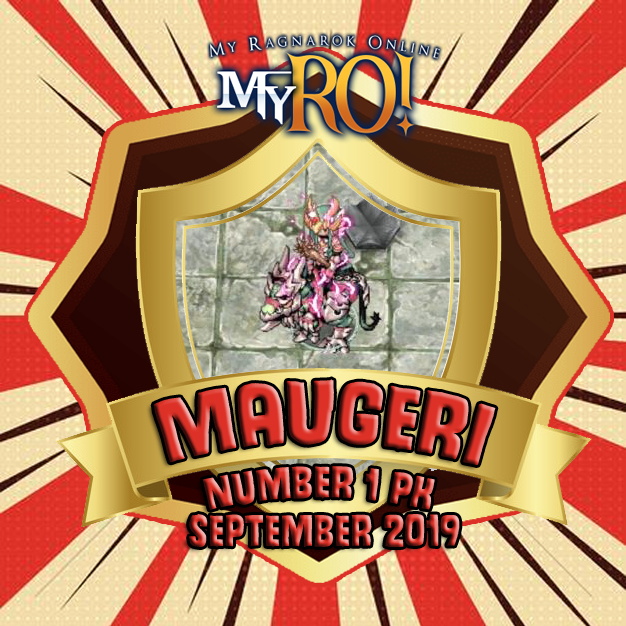 Fully-steeled and oiled-up rune knight Maugeri clears out the runway, netting the September PK crown in his possession after ramming fellow challenger sura CEEEEEEEEB in a frill-raising 3-0 win in the finals last September 21 at the MyRO PK arena!

Eliminations wasn't easy for Maugeri, especially the quick, early rounds of the matches. However, as the competition progresses and less and less players survived the unsafe PK arena, the following fights have become more potentially dangerous and difficult, since every other player wanted to secure a spot in the finals to probably claim the No. 1 PK royalty.

Still, Maugeri easily stood up and shine in the battle field as she dominate each player who would try to bring her down on the ground.

Further, the rune knight meant pure business in the finals, slamming CEEEEEEEEB in every round, unable to break the rune knight’s firepower to seize championship point and win the stint in a commanding 3-0 score.

Upon winning the tournament, Maugeri received the legendary No.1 PK crown, and of course, the fame to be named as the sole PvP Queen. She must repeat the same feat to defend her title, as the No.1 PK event is once again approaching, and the PvP crown is going to be back for grabs.
Top
Post Reply
1 post • Page 1 of 1