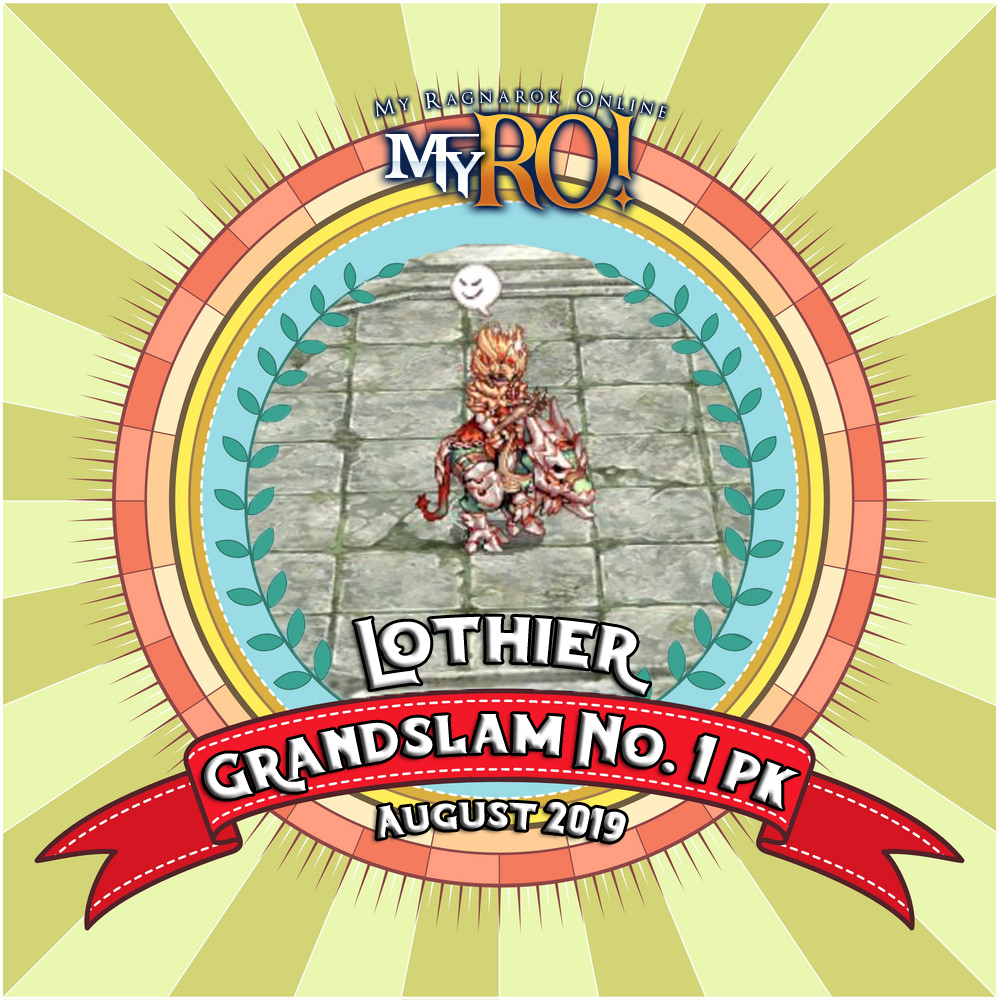 After successfully proving his might by eliminating his antagonists in the never-ending battle of champions, he has victoriously collected the highest prestige prize on his PK career: the Grandslam Champion. Lothier, the pride of Lower Prontera, gracefully defended his title for the 3rd time against his fellow Rune Knight from Lower Prontera, Militant.

From a vivid dream now turned into reality, Lothier will go down MyRO PK's history as the first Grandslam title holder in this category for the year 2019. From being the Champion for the months of June and July, he was steadfast in completing his quest.

It was a tough series for him, he first faced his June's top enemy Akatsuke, a formidable Sura of Al de Baran, who almost dethroned him in the eliminations round. He faced different faces all armed with tricks up their sleeves, all hoping to snatch the title. He manifested his capabilities as he advanced to the semis then to the finals facing foes after another enemy but without hesitation, he charged through and crushed whatever is left of them.

As he places his footsteps on the Face-Off stage, he went ballistic, no-holds-barred warrior. This is his final showdown after all. He was determined to grasp his way to the promised land. The final match wasn't a piece of cake since his fellow Rune Knight, Militant, fought with all he had. However, being the battle-sharp warrior he is, he bested and succeeded in finishing off every round consecutively.

We won't be seeing our champion for a month as he would be required to take a month leave as a Grandslam Champion. With his trophy held close to his heart, what's next for our famous knight? Who will be the next to take the throne? No one knows... but one thing is for sure, Lothier marked a special spot in the Hall of Fame of No.1 PK!!
Top
Post Reply
1 post • Page 1 of 1