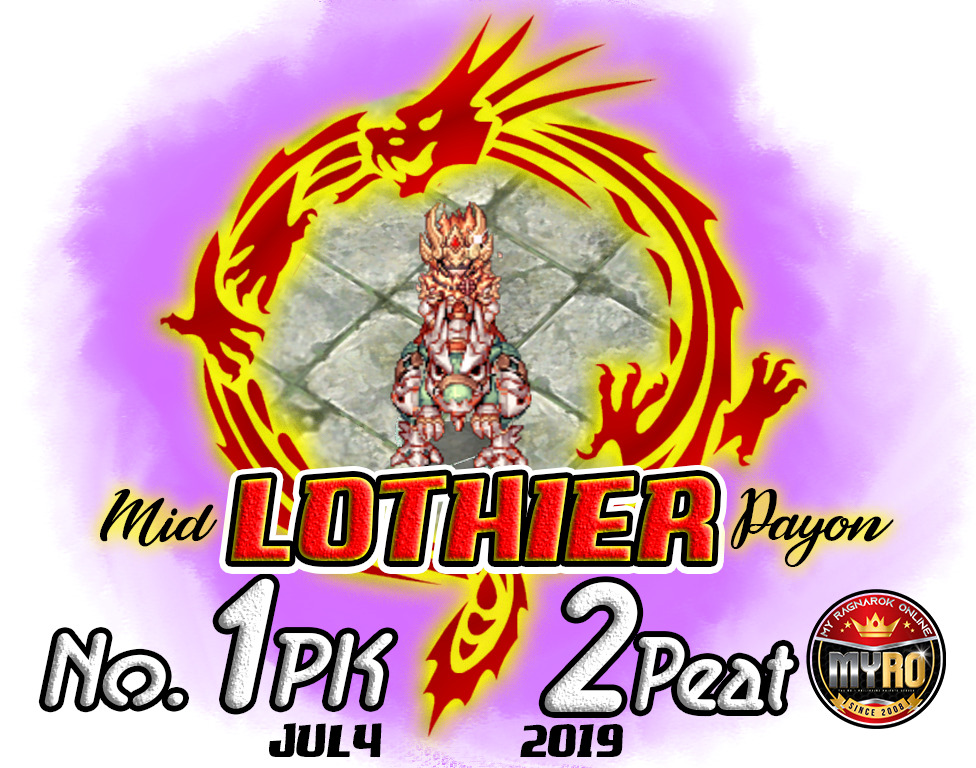 In a world where strength is proven by eliminating challengers and emerging as king of the Arena, the weak always gets devoured by the strong (used present tense since the first part of the sentence is in present tense). Lothier, our battle-sharpened Rune Knight from Lower Prontera quickly and efficiently wiped all three rounds against Cat Damon as he claims the PK Crown once more, affirming his conquest for the Grand slam title.

They say that once you've achieved your dream, there's nothing more you could wish for. However, Lothier possessed a different perspective. Instead of staying steady, he pushed boundaries even further, eyeing to conquer the PK Arena for a three-time Champ title. Last Saturday, July 20, he made sure that his return to the arena will mean nothing less than his desired victory. Demolishing anyone in his path, with his eye set only on the prize, he swept all his opponents with ease. "Hindi ako nahirapan sa iba kong nakalaban, kay Cat Damon lang" he shared in a short interview after the event.

He was unstoppable as he diced and clawed anyone and everyone who stepped on the other side of the platform. Lothier has turned into one fearsome dragon-rider that wreaked fire and havoc that molded his PK crown once more. He never really cared about fame or fortune, he just wanted to show everyone his passion for duels. That adrenaline rush you get when you're all pumped up and ready to draw your sword, defending your prized possession against mighty men, that's what keeps him going.

"Pinasasalamatan ko si Cat Damon kasi binigyan niya ako ng magandang laban" he shared while reminiscing the match against the formidable Sura. It was indeed a clean sweep and it wasn't handed down easy. His gratitude goes to that player who gave her all and made him worthy of the crown.

Now that he is one title away from the grand goal, there will definitely be those who seek to seize the crown from his head. Will we see the reign of a three-time champion? Or the downfall of someone who was almost a legend?
Top
Post Reply
1 post • Page 1 of 1