by Ophan
Legacy: Trans Guild of the Month for September 2020!! 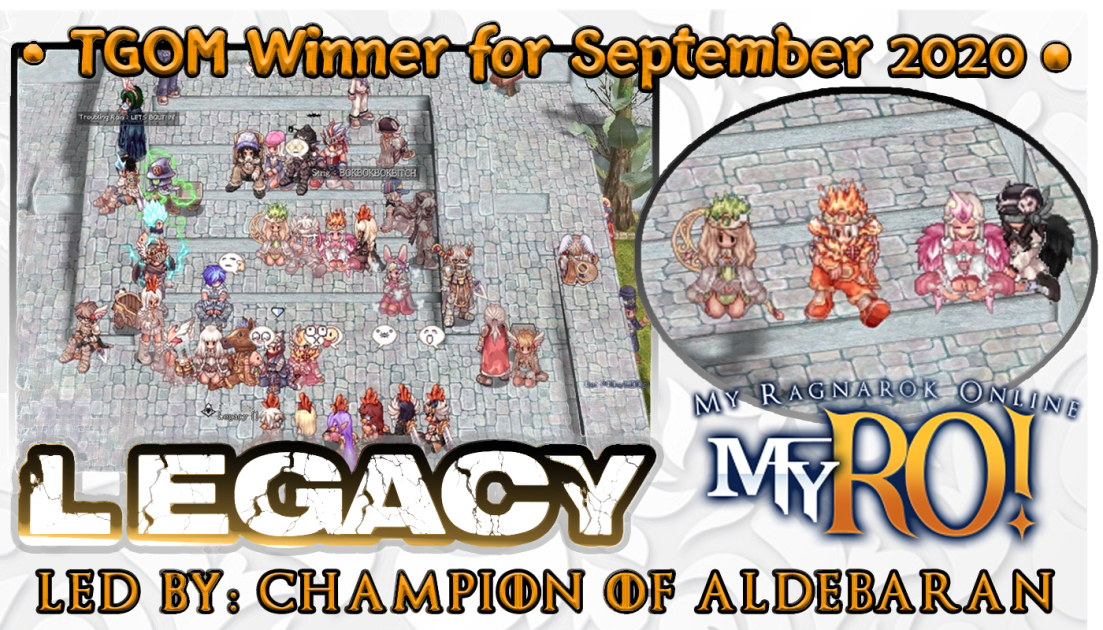 From an aspiring title holder now a champion! From the land of the canal city, Aldebaran, came a group of elite players bonded by their ultimate goal in the field of Ragnarok, to become the Transcendent Guild of the Month!

Transcendent themed events nor its weekly WOEs (War of Emperium) wasn't quite a thing in MyRO but recently as changes began to appear transcendent woe began to have a twist! Top performing guild and castle holders will now be able to compete in what we so call Guild of the Month but this time in Transcendent Class edition!

Since then, players began to form guilds and alliances of their own to compete and be able to qualify to such a prestigious event and have the chance to get the helm!

Legacy daydreamed as they started grinding every week on the Trans War of Emperium! There force was so unstoppable that even strength in numbers from opposing guilds cannot match each of them. Defending barriers and guild stones non-stop, it was surely a tiring ride for them but it was worth it as long as they would be able to grab the castle at the end of the day.

For the whole run, they only miss a castle once though it was not a bad thing for them, they would still be able to conquer it the other day. Some may say they were very worn out because of the effort all of them sacrificed and the pressure put onto them by their enemies but it was all worth everything as the final day awaits them.

To be able to qualify in the Transcendent Guild of the Month, a guild must capture a castle at least twice. In this situation, only Legacy led by Champion qualified thus it instantly gives them what is rightfully theirs.

Legacy led by Champion (Guildmaster) is now our September's Transcendent Guild of the Month! He was granted the Red Burning Helm, PODs and megaphones as part of his reward for this great achievement he has done!