MECHANICS:
1. Participants will be determined by a game master. She will be warped in almost every town. Only the top 8 Players can join.
- Previous winner of the Job can still join but not automatically.

4. Attendance of the participants will be checked before the event proper.

5. In the event that the player is not online within the first 2 minutes. He or she will be forfeited and will automatically advane in the next round,.

6. Matches are as follows:

2. GTB, Maya Card and the skill "Reading Spellbook" are disabled inside the Arena. Token Of Siegfried is disabled as well as of July 11, 2011.

4. Once recalled inside the arena, participants are to wait for the "GO" signal before moving and attacking. Failure to do so will be an automatic 1point for the opponent. If both participants violated this rule, both will get a point.

5. Pets and Homuncolus are not allowed in the arena.

6. Soul Linker Link Buffs are unallowed inside the arena. After much consideration, Assumptio is allowed for balance of classes.(Added Aug. 20, 2011)

7. 10 minutes time limit will be given for each round per matches. If the two contenders are still alive after the time limit, no point will be given for that round. Highest pointer for the match will be declared winner. If within the given rounds per matches both contenders got no point, the match will be decided with the use of dice event. Both players will roll the dice, the player who will get highest number will be declared winner and will proceed to the next rounds of the event.

8. DC Calls will not be entertained. It's the player's responsibility to have a decent internet connection before the start of the war. Game Masters are not liable if the player is experiencing lag or the player was disconnected in the middle of the battle. Once the player got disconnected, a point will be given to their opponent.

9. The player/s must wait for the host to announce the winner of each round before reconnecting. If player/s reconnected before the host announces a recall map or the winner, there will be no point given to the winning player/s and will be having a re-round instead.

Note: Time limit was added to reduce the time consumed by contenders per round, per matches. 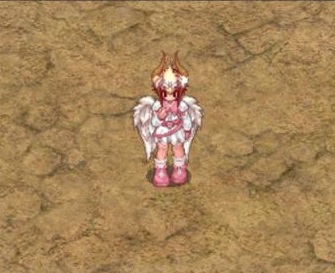