Take note that this is applicable for both regular GOM and Trans GOM. The only difference is that Trans GOM are capped with +10 Items only.

Guild of the Month Contenders should understand and abide by these rules before joining the event. Failure to do so may mean the disqualification of your guild. Reasons of "I did not know" and the likes are not excused and will be ignored.


1. Top 4 Contenders will be chosen based on current Eco points during G.O.M. night. A guild should have reached at least 50 eco points to qualify.

2. Game Masters will only entertain @requests from guild masters in the entirety of the event. Under no circumstances is substitution of a command from a guild master to another member allowed except if there is a valid reason such as - guild master's character was jailed or the guild master's account was banned. Other than that, it is your responsibility to ensure that you as a guild master is present in your guild of the month war.

3. All Guilds will be recalled inside the arena by the Host Game Master. Test recalls will be done before the event starts to make sure all guilds can be recalled.

4. Required Minimum number of members for a guild to participate in the Guild of the month is 21. Failure to comply with this requirement despite reaching the Eco points calls for a disqualification.

6. Reconnecting, going back to their save point, and Emergency Calling outside of the arena are only allowed after the winner for the match has been announced.

7. Pets and Homunculi are not allowed for this event.

9. Teams will be given approximately 1 min to restock, repots, and rebuffs in between each round. The hosting GM will recall each Guild on each side of the Arena Map. The GM will check both sides for "Disconnection Problems" (DC Call) and ask members on each side if all is well and shall proceed. A countdown will commence and the Arena Gates will open which will mean the start of the battle.

10. Only One (1) DISCONNECTION PROBLEM will be entertained per ROUND. The guild will be given 3 minutes to regroup before calling them warpign the guild in the arena. The succeeding "DC Calls" will NOT be entertained and so you must combat with what number of members left in the team. A forced "succeeding DC Call" request would mean a DISQUALIFICATION of your team to avoid complaints and annoyance to other participating teams. A "REPOTS" request is also considered a "DC Call" since you were given enough time (approx 3 mins or more) to prepare, unless BOTH TEAMS requested similar at the same time as long as the countdown has not yet started. The hosting GM will ask both sides if the "Repots Request" is mutual.

11. Important Reminder: Guild Lock will be activated before GOM starts which is around 1 hour after WoE. Be sure to be prepared by then. A one time 5-10 minute extension can be honored before the guildlock. Once Guild Lock is activated, you may NOT Join or Leave a Guild. This will last up to the end of the GOM matches or after 3 hours.

12. Instead of the 10 seconds countdown after recall, there will be a 1 minute cool down after recall for both guilds to check if the guild is G, RC, or DC. (Game, Recall or Disconnected) New Rule as of April 30, 2020

13. Alliances are to be removed before Guild of the month starts. Not doing so calls for a disqualification between the said allies. New Rule as of May 10, 2020.

15. There will be no breaks in between.

16. Matches are as follows: 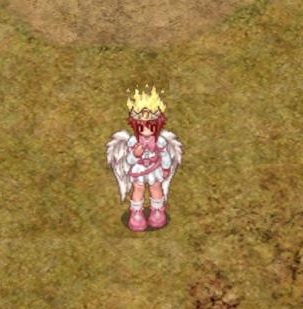 Every guild in the MyRO community is entitled for a chance to join the tournament. However, the only way to reach the GOM event is to participate in the daily War of Emperium, scheduled 7:00-8:00 pm, MyRO time.

With the advent of the Economy Scoring System, the selection for the guild finalists has become, nonetheless, both unpredictable and tedious. According to the new scoring system, guilds that have successfully conquered a castle (or castles) during the daily sieges will have the option to invest on it in a given period of time (24 hours). Each investment is worth 3 Economy points (4 if the you're lucky enough that your guild's 'Emsolute Develop activates).

Here is the twist. Each time the emperium is shattered by an enemy guild during the War of Emperium, the total Economy Point is reduced by one. Thus, logically, the guild that invested on its castle should defend it as much as possible to preserve the Economy Points.

It is but a simple strategy. Protect the castle to maintain your points, attack other castles to decrease their points. Bingo.

Commonly held during the first Saturday of the month, the four highest grossing guilds of Economy Points will contend for the prestigious Guild of the Month title. With no risks at hand anymore, the four teams are to battle it out till the end – blast by blast, blow by blow, everything set in perfect live motion – to get hold of the elusive title that defines the whole Guild of the Month experience.

Before the matches, a special command called the Guild Lock will be activated among the four opposing guilds, preventing them to expel and recruit members, and also forbidding current members to secede from the guild. Through this system, conspiracies such as borrowing members from the supposed-to-be enemy guild (or even non-participating guilds) will be avoided. Also, this encourages player loyalty and integrity for the chosen guild, which is of course a key to ensure an eventual win.

Same with the War of Emperium, items such as the Golden Thief Bug Card and Maya Card are disabled inside the arena, to promote usage of magic especially of magic-dependent jobs such as the Magician class. Escaping through Fly Wings and Teleportation is futile.

The semifinals for the Guild of the Month is composed of two matches: the first match between the two guilds that earned the next highest Economy Points after the guild with the highest Economy points. Top 1 will wait for faceoff. The first team from each match to win two stints will enter the championship round, which will determine which of which is the deserving Guild of the Month.

At this point, tension builds up to exuberant levels. After enduring towering fights, the two surviving guilds will clash, pouring their very last and very best bits of strength and determination, to bag the Guild of the Month title and royalties. Only upon subduing the other guild in three rounds can a guild be proclaimed as the newest Guild of the Month, and boast to spectators how strong and imperial they are.

WHAT ARE AT STAKE

The Guild Master of the Guild of the Month will be conferred pleasant prizes such as 1 Yellow Burning Helm of Champions, 1 "Champion" Expert Ring [0], 30 Billion Zeny, 10 Megaphones for the GM, 20 Megaphones for the members and what more? Fame, of course! The winning guild will be featured on the MyRO main page, to expose better who's the best guild in town!

After the event, all Agit Economies will be reset to zero, and the whole process starts again. Aspiring guilds should again battle in the daily sieges, invest and accumulate Economy points, and brace their characters and themselves for the grand tournament.

What are you waiting for? The doors have swung open...All you have to do is to step out and stand for fame, power, wealth, glory, and of course, for G.O.M.!